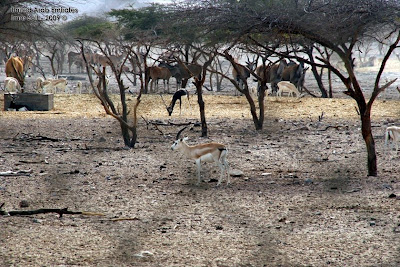 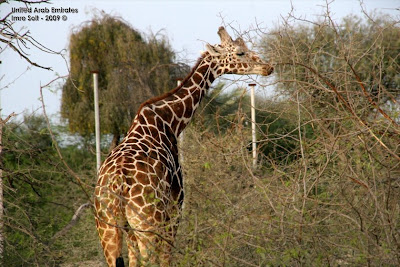 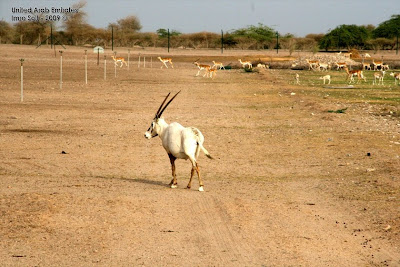 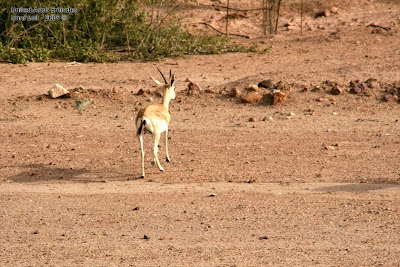 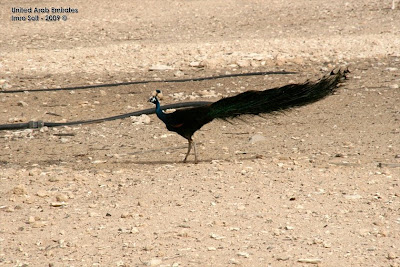 • As part of the late Sheikh Zayed’s ‘Greening of the Desert’ programme, several million plants and trees have been planted.

• Sir Bani Yas Island is home to around 30 species of free-roaming animals.

• Key to the environmental and conservation efforts on the island is the creation of an Arabian Wildlife Park. This 4100 hectare area is dedicated to breeding and rehabilitation of animals indigenous to the Arabian Peninsula.

• The main animal species in the Park is the Critically Endangered Arabian Oryx. This unique indigenous animal has been classified as instinct in the wild since the 1960s. Today, Sir Bani Yas Island is home to a manage herd of over 400.

• The Arabian Wildlife Park is being developed to provide an authentic environment for Arabian animals to freely roam while the island remains an exceptional experience for visitors.

• Creating of the park is an ongoing process, which includes ongoing relocation animals bred successfully to the mainland, as international breeding programs.

• While creation of the Park is an ongoing effort, visitors are already today guided past the salt dome hilltops and wadis, by experienced island guides. Visitors will also have the chance to meet animals as they drive past the Park.

• Many species of wild birds found on the island are indigenous to the region, and several non-indigenous species have settled during migration and made the island their permanent home. Birdlife includes flamingos, sea gulls, cormorants, wild fowl, pintails, shovelers, blackwinged stilts, teals, crab plovers, avocets and grey herons.

• Sir Bani Yas Island is home to many animals that the International Union for Conservation of Nature classifies as critically endangered or vulnerable to the wild, including Sea Turtles, sand Gazelles, Blackbuck antelope, Urial sheep, Barbary sheep and Arabian Oryx. Therefore, the island plays a significant role in protecting these animals for future generations.

• Over the past year, more than 10,000 animals from Sir Bani Yas Island have been released into wildlife reserves in the Liwa Desert, on the Abu Dhabi mainland. This monumental programme has been carried out in conjunction with the Abu Dhabi Environment Agency.
Posted by Imre Solt at Monday, May 11, 2009