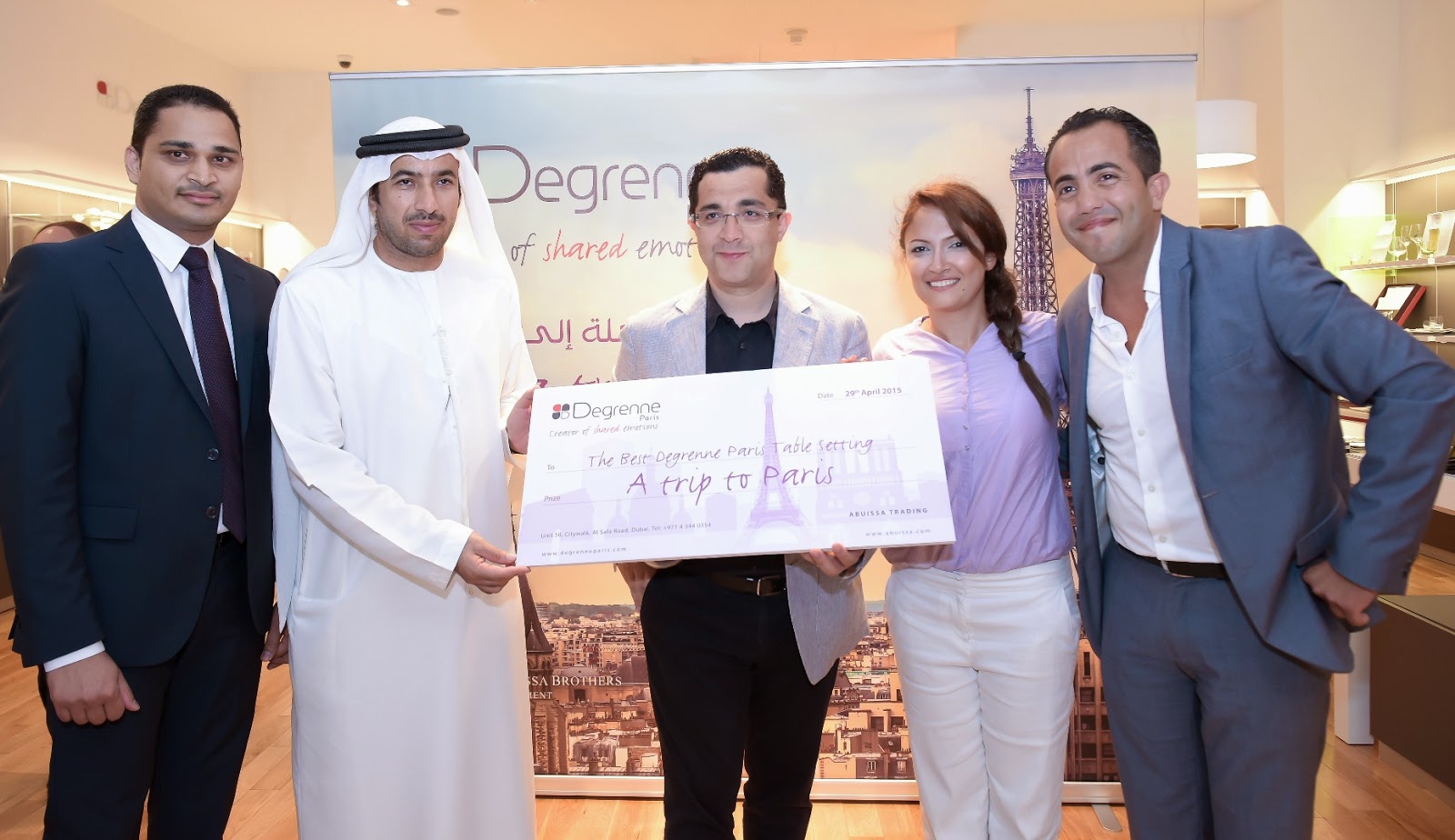 The company is targeting the UAE’s $ 75 million culinary and tableware industry that is fueled by the boom in the hospitality industry, and an expanding residential sector reflected in the addition of an estimated 28,000 new units in 2014 alone, according to the latest Jones Lang LaSalle (JLL) report.

Degrenne Paris is already present in Bahrain, Qatar and the UAE. However, the new Dubai store has been developed as the brand first flagship store in the region, and heralds a dynamic growth strategy planned by the renowned kitchenware retail brand for the Gulf, according to Mr. Fawaz Idrissi, Senior Vice President of Abu Issa Holding.

“Citywalk on Al Wasl Road is the perfect choice for us to make our regional foray, as the area has impressive retail frontage that offers a sensational shopping environment. The new Degrenne Paris is targeting residents and GCC tourists visiting Dubai,” Mr. Fawaz Idrissi said.

Mr. Idrissi explained that the location of the flagship store in an open retail complex presents an ideal shopping environment for those looking for high-quality kitchenware. The new store will stock a comprehensive range of tableware catering to restaurateurs and hoteliers, including dishware, crockery and glassware, each boasting designs that have been meticulously crafted by industry professionals.

“Used by celebrated chefs worldwide, and honoured with awards for innovation, Degrenne Paris products stand apart through their elegance and quality, offering unique and timeless styles that could be modern or classic, matching the theme of any restaurant.”

During the launch event, Degrenne Paris announced winners of the social media competition centred on Degrenne Paris during the month of April. The grand prize is a trip to Paris for two people and a 3-night stay in a 5 star hotel. “We have drawn a huge participation in our social media campaign that concluded on 26th April 2015. The participants posted clear pictures of their tables on our facebook page, a jury of experts from Degrenne Paris selected the winner. We congratulate Mr. Arash Taki, the first place winner. This is our gift for our regional customers.”

Abu Issa Holding (AIH) is one of the leading business groups in the Middle East. The company has grown phenomenally over a span of three decades and is among the region’s most diversified and progressive groups. It controls and operates market leading companies across the region in various sectors including retail, distribution, telecommunications, IT, energy & engineering, construction supporting services, investment, real estate and other marketing operations.
Posted by Imre Solt at Monday, May 04, 2015

This is such a great resource that you are providing and you it away for free.
Luxury Club Dubai | Hospitality industry experts | Food and beverage industry