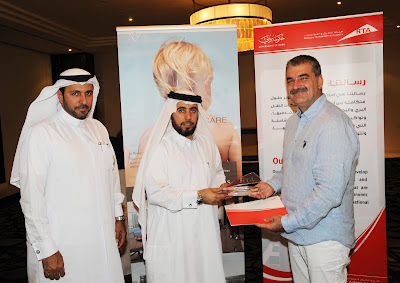 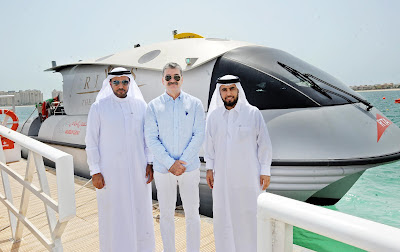 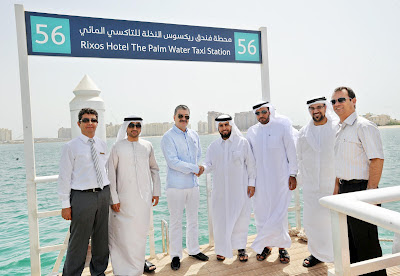 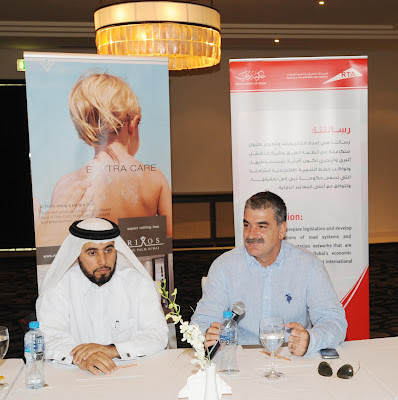 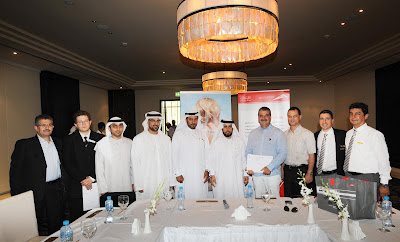 The Marine Transport Dep't at the Public Transport Agency of the Roads & Transport Authority (RTA) always seeks to broaden and enhance the marine transit lines and link them with other mass transit means to prop up the public transport network in the Emirate which includes the metro and public busses in addition to the water transport means with the aim of providing an integrated transit system for the service of all community segments.

Essa Abdul Rahman Al Dosari, CEO of RTA Public Transport Agency, said: "Among the key success factors of any project, however big or small, is the concerted efforts of various parties. We, in the RTA, are very keen on involving the private sector in implementing our initiatives, and bolstering the services we offer to the users of mass transit systems in Dubai Emirate.

"The marine transit modes play a crucial role in enhancing the tourist movement in Dubai, particularly in cooperation with hotels privileged by a sea view. Thus the cooperation between the public and private sectors in this area is vital for supporting the tourist-oriented public transit means which serve a wide segment of visitors, tourists and residents alike.

Al Dosari praised this constructive step and cooperation between the Public Transport Agency and Rixos The Palm Dubai considering it a blueprint for broadening the scope of bilateral cooperation towards enhancing the tourist profile of the Dubai Emirate, and supporting the local tourist industry with a safe, speedy and luxurious marine transport, especially during the busy tourist season; which is marked by an influx of tourists & visitors to Dubai Emirate.

"The RTA is keen on involving private organizations in the implementation of several projects & initiatives with the aim of achieving positive results for customers of both parties through sharing expertise & information and working in a team spirit based on transparency, cooperation and high professionalism,” said Al Dossari in final remark.

“We, in Rixos The Palm Dubai are working on broadening and boosting our cooperative links with the RTA represented by the Public Transport Agency with a view to nurturing a common business environment that offers best services to visitors of our hotel and users of the Water Taxi in general. Through the concerted efforts of both parties, we will be able to deliver on our objectives,” said Sezer.

Among the objectives sought by the Public Transport Agency and Rixos The Palm Dubai is to bring about mutual benefits through chalking out the scope and framework of the partnership relations between the two parties, making joint efforts for improving the performance of marine transit services with greater emphasis on raising the efficiency of the Water Taxi and Ferry Dubai services, and promoting the marine transit services inside the hotel.

Among the goals served by this Agreement is Goal No (3): Customers First; which requires heeding to the demands of customers and raising their satisfaction rating with the mass transit services in the Emirate, Goal No (4); which relates to promoting the use of mass transit means and augmenting the number of users of these means, and Goal No (6); which relates to the financial sustainability through increased revenues of the Water Taxi, optimal utilization of assets, and enhanced interaction between the public & private sectors.

Other initiatives will also be made to involve the largest possible number of hotels that have sea fronts in Dubai in a step that aims to boost the culture of public transport and linking the public transport network in the Emirate with the neighbouring hotels as well as those in the downtown.

At the end of the meeting, the CEO of RTA Public Transport Agency Abdul Rahman Al Dossari presented to the General Manager of the Rixos The Palm Dubai Erol Sezer a RTA trophy as well as Certificates of Commendation to the staff of the Hotel who contributed to realizing the objective. The move signals recognition and appreciation on the part of the RTA for the hotel management & staff; lauding their continued efforts in boosting the Water Taxi services.

Rixos Hotels
Rixos Hotels, established in 2000, is one of the world’s fastest growing, luxury hotel chains. Dedicated to offering traditional Turkish hospitality and a unique spa experience in the finest surroundings and luxury ambience, the Antalya based group owns and operates premium resorts & villas including city hotels in key regions as diverse as Turkey, Southeast Europe, CIS Countries, North Africa and now the Middle East.

The Rixos portfolio of exceptional properties is sited in prime and historic locations. With more than 6,000 staff serving all its properties, the Rixos Hotels have developed an innovative guest experience that blends the best of the new and old. Designed to offer a unique luxury long stay experience, the Rixos villas are beautifully furnished.

Tailor-made service with private butler and concierge is the ultimate choice of the world’s most distinguished travelers. At the heart of every Rixos hotel is a revitalizing Wellness and Spa Center with anauthentic Turkish Hammam, offering a unique spa treatment, menu and atmosphere.

Known for their hospitality, attentive personalized service and fine cuisine, Rixos Hotels received global recognition and top ratings from distinguished specialist professional bodies such as the American Five Star Diamond Award, Conde Nast, and Great Hotels of the World. The group is pleased to be the leisure hotel of choice for discerning specialist travel and tour operators.

Rixos Hotels is continuing its rapid growth with particular focus on Eastern and Middle Europe, the Mediterranean Coasts, North Africa and the Arabian Gulf region. The group’s vision and mission is to become a brand leader in the premium global hospitality industry.

For more information about the company, please visit www.rixos.com
Posted by Imre Solt at Tuesday, June 19, 2012

Thanks for sharing the information

You are writing some Amazing tips. This article really helped me a lot. Thanks for sharing this blog.
click here