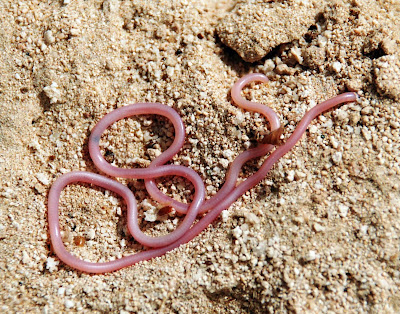 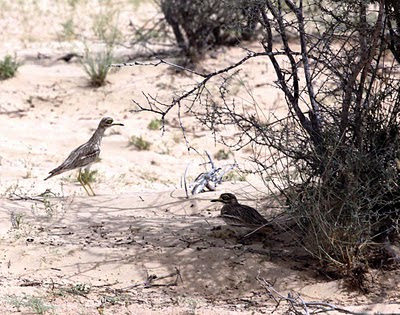 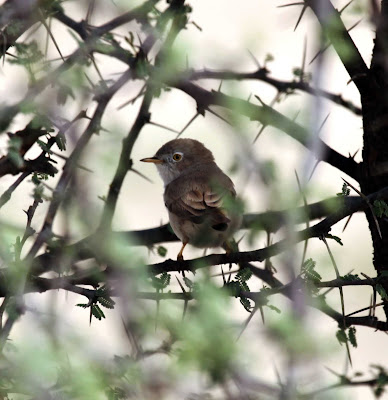 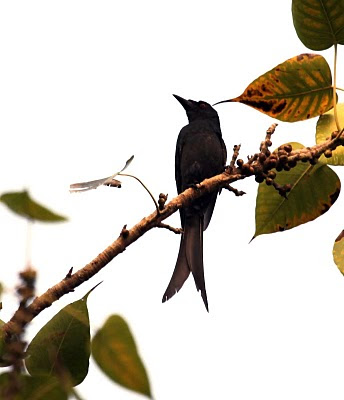 Dr. Mohammed Ali Reza Khan, specialist in the Dubai Zoo and his colleagues, who took a day-long field trip to the Bab Al Shams desert area found these animals.

"We had both cloudy and clear skies and temperature was also good for long distance walking. Among other things we found and encountered a few rare animals. One among these is the very rare thread snake, which was 40cm in length, with just the thickness of a lady's hairpin. It is non-poisonous and looks more like an earthworm than a snake. It was found under a stone inside the Dubai Municipality Departmental Conservation Area No. 8 in Bab Al Shams," he said.

The second animal found by the Municipality team was an Asian desert warbler, which is one of the smallest and rarest birds of the UAE desert.

"It is less than 10cm in length and has prominent yellow eyes and legs. This bird is fed only on insects, their larvae and spiders. It is no doubt a friend of our plants and gardens," said Dr. Khan, also found a rare bird called Karwan during his trip to Bab Al Shams desert.

"Karwan is the Arabic Name for the Eurasian thick-knee. During the last century it used to be hunted with falcons. As there is no more hunting in our areas I saw three of these birds among the bases of Acacia ehrenbergiana's scattered forests in Bab Al Ahams area," he said.

During a walk in the Safa Park Dr. Khan saw another rare bird, Ashy Drongo.

"As I entered the Safa Park through gate number 3 at 3.30pm and took a left turn towards the boating lake approach road I found an Ashy Drongo chasing a Hoopoe bird to snatch food- a cut worm- larva of a garden beetle from it," he said.

"I watched it several times up to 4.30pm but could not take a picture as it was moving too much. I left the park after a while but came back next morning at 7.15am. I followed the same road inside the park and found the Ashy Drongo beyond the BBQ area No. 18 on Albizzia lebbeck, Ficus religiosa trees. Up to 8am I could take a few pictures. The Drongo was terribly harassed by the house crows," said Dr. Khan.

He said that Ashy Drongo has earlier been seen once at the Sewage Treatment Plant at Al Warsan during last December and once in Safa Park during January this year.

"So, this sighting is the third record for Dubai and fifth for the UAE. Record shows that it was first found in Abu Dhabi and Ain Al Faydah as shown in the bird recorder's information," said Dr. Khan.

Your blog is unbelievably fantastic. This is very nice and informative blog.48th UAE National Day 2019.