288m commuters use mass transport systems in Dubai in 2009 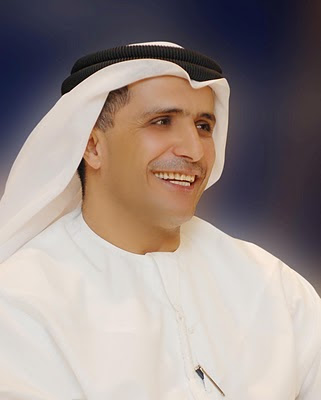 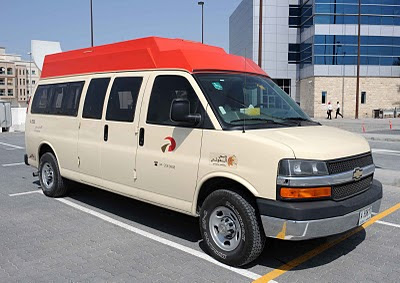 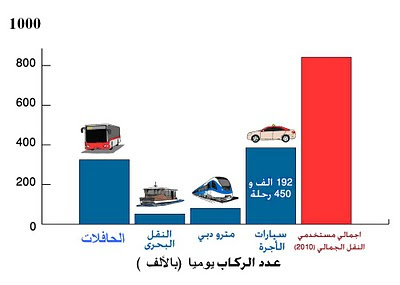 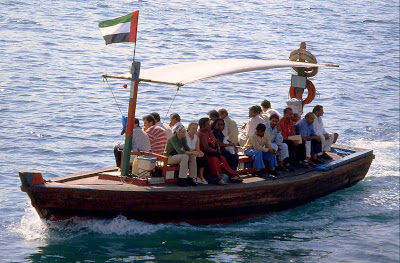 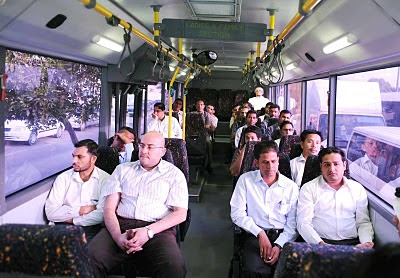 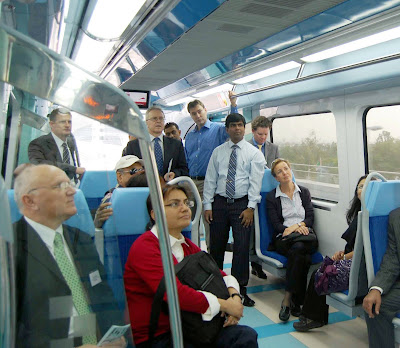 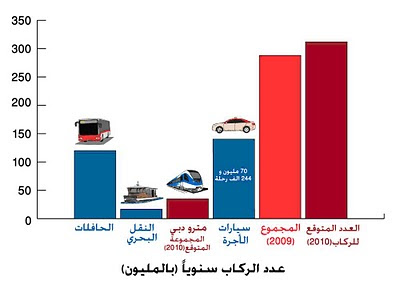 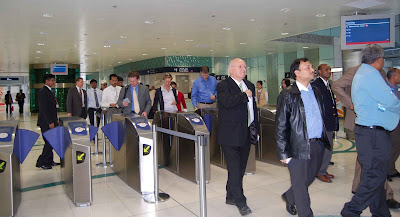 288m commuters use mass transport systems in Dubai in 2009

Dubai Metro is set to commute 35m passengers in 2010

Roads & Transport Authority – Mohammed Al Munji:
H.E. Mattar Al Tayer, Chairman of the Board and Executive Director of Roads & Transport Authority (RTA), revealed that RTA mass transit modes (comprising Dubai Metro, public buses, marine transport modes and taxis) had lifted more than 288.777 million persons in 2009 and the daily ridership of public transport modes exceeded 842 thousand peoples. “This number is likely to grow with the successive opening of more metro stations on the Red Line starting from April 2010 and continuing over the remaining months of the year. Dubai Metro is expected to commute about 35 million passengers in 2010 and the number of metro users is to receive a big boost with the opening of the Green Line in August 2011” stated Al Tayer.

“In keeping with RTA Strategic Plan envisioning integrated mass transit systems; which is aligned with Dubai Strategic Plan (Infrastructure Sector) that seeks to have in place an integrated roads and transportation system characterized by smooth traffic flow and high safety levels to all users, RTA is strenuously seeking to upgrade mass transit modes with a view to making them the favourite means of transportation for the people of Dubai. This drive also meets one of RTA strategic objectives vis-à-vis minimizing the use of private vehicles and raising the share of mass transportation systems from 6% in 2009 to 30% by 2020” stated RTA Chairman of the Board and Executive Director.

“Since it was launched on 09/09/2009 till the end of February 2010, Dubai Metro has lifted about 11.29 million persons with an estimated daily ridership of 80 thousand commuters. This number is likely to rise with the operation of several key metro stations such as Airport Terminal 1 Station, Karama Station, Trade Center Station and Ibn Battuta Station among others, on 25 April 2010 such that the metro ridership in 2010 is anticipated to reach 35 million persons. This number will be substantially increased with the operation of the Green Line in August 2011 as it serves vital areas as well as commercial and government offices, and passes across a densely populated area.

“The huge investments pumped by the Government of Dubai in developing the infrastructure of transport sector have proved successful and effective. The rising growth in the number of mass transport users illustrates the evolution of public transport culture among all segments of the community, particularly with the introduction of the metro service.

“Using mass transportation has multifarious benefits to users such as bringing psychological relief, minimizing crashes, slashing fuel & maintenance expenditure for private vehicles, and ridding the public of the inconvenience of finding a parking slot; which has become one of the challenges facing most modern cities across the globe. Moreover, using public transport effectively contributes to minimizing pollution resulting from the massive number of private vehicles, triggering many illnesses; particularly respiratory diseases.

“RTA is always seeking to improve its business process through introducing innovative solutions and strategic initiatives stemmed out of its vision of providing Safe & Smooth Transport for All. It is also upgrading the quality of services rendered to the public in a way befitting the regional and global profile of Dubai in the fields of commerce, business, service, finance, property, tourism and other vital sectors” said Al Tayer in a concluding remark.