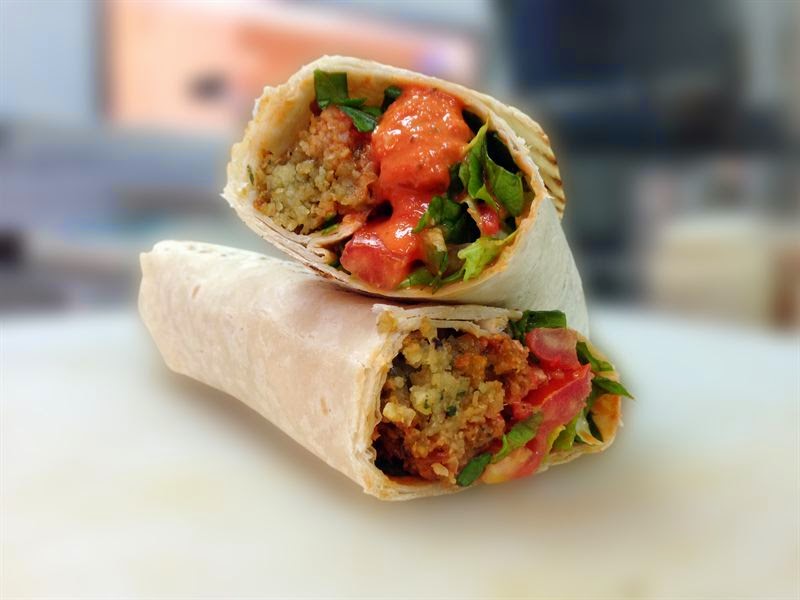 DUBAI, UAE:In celebration of the 2014 Brazilian World Cup, Just Falafel is announcing the debut of an exciting  new flavour, the ‘Rio Wrap’  a sandwich that is bringing the spirit of the World Cup to the menu.

Starting Thursday, customers can taste the flavours of Latin America that will be available in all UAE restaurants. Filled with the finest fresh ingredients and our chef’s very own home-made piquant Peri-Peri infused sauce reflecting the colourful Latin American cuisine.

The “Rio Wrap” will only be available for a short time during the tournament, but who knows it could become a firm favourite if it makes you want to Samba dance in any of our restaurants!

This will be a new addition to Just Falafel’s internationally-diverse menu; wrap sandwiches such as the Italian, Emirati, Greek, Egyptian, Japanese, Indian, Mexican Quesadilla and Burrito and American burger. Earlier this year, Just Falafel introduced ‘superfoods’ ingredients including Chia seeds and Quinoa, which give a healthy boost to our authentic menu.

Established in 2007, Just Falafel's vision is to create specialised centres of excellence in fast food, elevating the status of the falafel from the Middle East to a global phenomenon, while keeping in mind superior quality, taste, and value. Just Falafel focuses on bringing all ethnic varieties of falafel under one roof, around the Middle East and around the world.

As an authentic, vegetarian, ethnic, nutritional and healthy alternative to the usual fast food options, Just Falafel received a number of awards and nominations for its achievements. In 2013, it was awarded the top rank in the Dubai SME 100 and “Business of the Year” by the Gulf Capital SME Info Award.


8th June, 2014: Step out of the marina bubble for after work sundowners with just a swift taxi ride and catch the lasting sunlight at the Palm Jumeriah. Once there, indulge in its cool breezes and glinting marina skyline views as Bā Restaurant & Lounge invites you to Sunset Club, offering half price beverages every Sunday - Friday from 5.30pm – 7pm. Prepare to be transported to the Far East with delicious Chinese tapas and innovative refreshments hand in hand with traditional Chinese drinking etiquette of clinking of glasses (jing jiu) and drying the cup (ganbei).

Begin your evening with an Asian Summer cocktail - its kick of ginger, dash of sesame and amaretto will revitalise and awaken your senses. Delight your taste buds with Royal Peking Duck Crepes topped with Foie Gras alongside the pristine Rose Petal Martini, a blend of rose syrup, lychee liqueur and parfait amour. Try the delectable Truffle Mushroom Spring Rolls dipped in blue cheese complementing the elusive Black Orchid with fresh lime, violet liqueur and orange bitters. Bā Lounge has a selection of cold Sake to choose from including the classic dry Tateyama Ginrei, Honjozo.

For those who enjoy a refreshing mocktail, the signature options include exotic Far Eastern ingredients such as lime and basil syrup with fresh pineapple, or opt for sage syrup with fresh passion fruit, or even the fresh kaffir lime leaves in the Kaffir Long Island Ice Tea. Choose your spot to relax either on the terrace overlooking the beach or unwind in the savvy lounge enjoying Bā beats.


Bā Sunset Club offers half price beverages daily from 5.30pm until 7pm, for the perfect way to end your day. Situated in the luxurious Fairmont the Palm.

Note Sunset Club will not be available during the period of Ramadan, however will recommence after Eid Al Fitr.