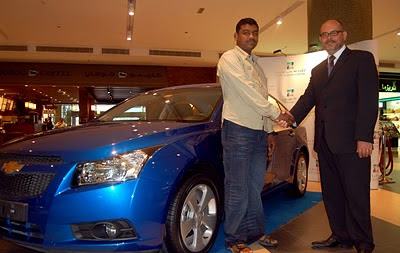 “This edition of Dubai Shopping Festival was critically important for Dubai’s retail sector after the slowdown witnessed in the previous season, and the outcome of DSF 2010 has certainly been encouraging and positive. At Times Square Center we saw a marked increase in footfall during the festival and we believe this would have positively impacted sales as well. We are confident that this trend will continue in the months ahead,” said Anthony J O’Donnell, General Manager, Times Square Center.
Posted by Imre Solt at Wednesday, March 10, 2010