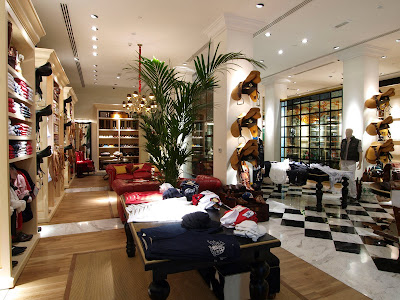 Dubai, UAE, 8th February, 2010: The game of Polo is gaining ground in the GCC alongside the growth of the UAE Equestrian industry, with the horse racing industry trebling in size over the past five years, according to La Martina, a prestigious brand specializing in polo products and high fashion clothing.

Ayman Hanbali, Marketing Manager, La Martina said: “Recently, His Highness Shaikh Mohammad Bin Rashid Al Maktoum, Vice-President and Prime Minister of the UAE and Ruler of Dubai, inspected the progress at the multi-million Meydan Racecourse in Nad Al Sheba, which will host the 15th running of the Dubai World Cup in March 2010. The race is the world's richest horse race with prize money of $10 million.”

Hanbali added: “The UAE, which is representative of the Gulf market in general, has added new facilities at Nad Al Sheba, as well as grandstands in Sharjah, Ghantoot and Abu Dhabi to provide a further impetus to the industry. In addition, there is the racecourse in Al Ain, a new Polo Club for Dubai and new racecourses in Bahrain and Qatar. We are excited to offer our complete range of fashion products, including the polo fashion line, to this market.”

La Martina has brought its line to UAE consumers by opening a standalone store in Dubai recently.

Polo is without doubt one of the most exciting sports in the world. No other game combines the grace of equestrian pursuits and the skill of a ball game with such thrilling results.
Often called the Sport of Kings, the game continues to enjoy a strong following amongst the world’s royalty. Whether it is played on the green fields of England, the rolling Pampas in Argentina or under the blue skies of Dubai, the rich and famous are always in attendance. Despite its reputation as an elite sport, Polo is played across 77 countries.

The equestrian scene in the UAE can be traced back to the early nineties when the first race was held at Nad Al Sheba. The first race ever run under the UAE Rules of Racing was in November 1992. Another important milestone was the establishment of Dubai Racing Club, UAE Equestrian & Racing Federation and Emirates Racing Association.

Arab community shares a deep passion for equestrian sports. The ancient Arabian horses were brilliantly trained by their Bedouin masters, making full use of their intelligence and outstanding stamina. No wonder, the Arabian horse enjoys a high reputation and is in high demand around the world.

Hanbali concluded: “A visit to the Equestrian Clubs in the GCC gives visitors an idea of the evolving equestrian industry in the Gulf. Equestrian and racing activities in the UAE have attracted a large following. There are numerous facilities to help the current generation of riders to retain the forefathers' equestrian skills and keep pace with the developments of the sport in modern times.”
Posted by Imre Solt at Monday, February 08, 2010