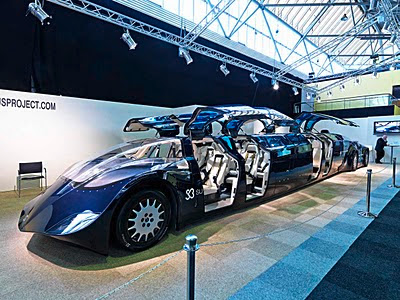 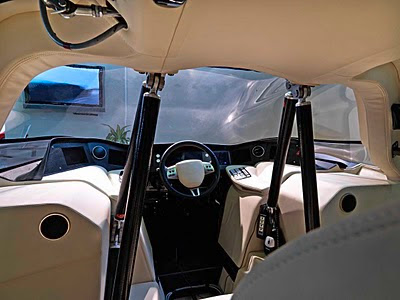 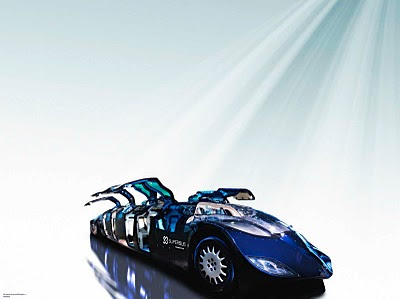 The first Superbus prototype will be presented in Dubai at the World Exhibition of the International Association of Public Transport (UITP) hosted by Dubai's Roads and Transport Authority (RTA), on the opening day of the event, which commences on 10 and runs through until 14 April 2011.

The Superbus Project represents a new concept for safe, flexible and sustainable mobility. It consists of a new vehicle, created following the latest innovation and IT systems; a new type of dedicated infrastructure, with ‘super tracks’ made of relatively cheap concrete roads, where the Superbus runs at 250km/h and new logistics.

At 15m long and 2.5m wide, the Superbus has similar dimensions to a conventional bus, but due to the seating arrangement without a centre aisle, the height is just 1.7m. Instead of a few large doors, eight or so doors along both sides of the vehicle to allow direct access to all seats.

The Superbus uses aerospace technology in combination with Formula 1 technology to create a lightweight structure with a low drag shape that is stable and controllable at high speed.

The prototype is electrically powered with a 1000-1200kg rechargeable battery pack.
Superbus goes beyond the concept of a fixed schedule and the logistics allow for flexibility in high volume transport on demand, via a central routing optimization system. Thus the vehicle transports passengers from their origin to their destination without the need for changeovers.

Started in 2004 by the Delft University of Technology, Netherlands, the test vehicle ran the Experimental demonstration in 2008 and the prototype will be presented on the opening day of the 59th UITP World Congress and Exhibition. All press and media are invited to attend the presentation.