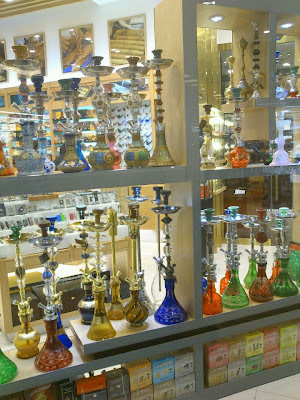 
A coalition of the UK’s leading public health bodies, led by Chartered Institute of Environmental Health, has issued a health warning about the dangers of shisa smoking.

Shisha smokers inhaling flavoured tobacco through waterpipes at cafes have become a common sight on city streets across the UK.

“Our members are growing increasingly concerned at the rising numbers of commercially operated shisha cafes which are both providing and promoting shisha smoking.

“While our primary concern is to ensure that the operators of these establishments comply with the law, we are also concerned that people smoking shisha need to be properly informed about the risks.

“So great are our concerns that we have produced a guidance document which includes descriptions of the health hazards associated with smoking waterpipes.”

“Contrary to popular belief, shisha is not safer than smoking cigarettes. Don’t be duped by the sweet smell and wholesome sounding fruity flavours, if you use shisha you are a smoker and that means you’re putting your health at risk.

“It’s linked to the same serious and life-threatening diseases as cigarettes and there are added risks because you often smoke it for far longer than you would a cigarette, and you’re also exposed to toxins from the wood or charcoal used to burn the tobacco.”

Shisha smoking is linked to the same kinds of diseases as cigarette smoking including heart disease, cancer, respiratory disease and problems during pregnancy. Yet more than one in ten (13%) UK adults surveyed for the BHF thought there were no health harms from using shisha, and just 43 per cent knew shisha could contain tobacco.

Freedom of Information data from 133 local authorities in major towns and cities across the UK shows 53 per cent have – or have had - a shisha cafe since 2007, while more than 40 per cent have seen a rise in the number of shisha cafes since the smoking ban came into force.

This is in stark contrast to the steady decline in cigarette smokers in the UK and has prompted the BHF to urge people to find out the facts about shisha, which is also known as hookah, hubbly bubbly and narghile, as part of its No Smoking campaign.

The charity is concerned thousands of people who attempt to quit smoking may still be putting their health at risk by using shisha, and that the rising number of shisha cafes could provide a new gateway for people to start smoking and become addicted to tobacco.

Almost everyone surveyed for the BHF were unaware that during a typical hour-long shisha session, you can inhale the same amount of smoke as from more than 100 tobacco cigarettes. A total of 84 per cent of respondents thought it was 10 cigarettes or fewer.

The survey results also showed shisha is most popular among young people with more than a quarter (27%) of 18 to 24 year olds saying they’d used it.

Worryingly, misconceptions about the dangers of shisha were highest among this group and those aged 25-34 with 15 per cent each believing there were no health harms from shisha at all while 44 per cent of the younger adults thought it was less harmful than cigarettes.

By comparison, 17 per cent of overall respondents thought shisha was less harmful than cigarettes.

The data showed shisha is no longer a pastime for perceived specific community groups alone, with almost one in ten (8%) people of white ethnicity saying they’d used it.